People who know me  from afar might be shocked to learn that I’m kind of a control freak. They might notice my scatterbrained personality that tends to spill over in every interaction, my tendency to set my alarm for PM instead of AM, my pattern of eating leftover pizza for breakfast, and assume I’m a mess. As a 24-year-old trapped in a teenager’s body who cries over episodes of The Office, I think this is definitely a fair analysis. However, when it comes to my job and my day-to-day life, it’s a completely different story.

Basically: I really, really, really need to be in control. Of. Everything. I need to be running the show. I need to know what I’m getting myself into. I need to be the one making decisions, writing lists, and delegating tasks. In high school, when people would mention things like my “strong leadership skills,” it was just a nice way of saying that I tended to barrel to the front of the group and start bossing others around. I think I have definitely relaxed in many ways as I’ve grown, but the desire to completely control my day-to-day–which currently is my job–remained–well, until recently.

It’s been exactly one year since I arrived at the Children’s Aid Society and began my job as a sociotherapist in Teen Foster Care. It’s hard to think about everything I have learned over the year, because my brain would explode, so I just want to focus on perhaps the biggest lesson—one that I have learned and re-learned, over and over, in daily interactions, for the past 365 days.

Yes—I have learned to relinquish control. In my job, at least–which is a start.

Here’s the thing about my job that’s incredibly obvious: teenagers will do whatever they want. Positive or negative, well-thought-out or not.  Another obvious point, though one that took me longer to accept– it remains true that I have zero actual say in some of the choices my youth might make. An easy example–I cannot physically MOVE them to and from appointments–no matter how hard I try. I cannot lead a young adult by the hand into a room to take a GED test for the fourth time, or into a mandatory job orientation, or to their living room for a home visit. This realization is not radical, and it shouldn’t be. Going into my job I was aware that my expectations would and should shift as I began to get to know my clients better.  It took about ten minutes to learn that I was not necessarily a top priority for some of my youth–which is totally understandable! They had, and still have, so much going on. Very quickly, I was faced with the realization that relinquishing the control over my day-to-day work was probably going to be one of the only ways I would be able to stick it out.

The first few months of my job, I seemed to be in panic mode every single time there was some kind of problem, even relatively tiny–i.e., a youth missing a doctor’s appointment, getting suspended for two days from school, losing an ID for the third time, etc. It was not, of course, a relaxing way to live particularly when these events combined with bigger, more complex problems that I actually really had to focus on to help solve.

So I took a look around. Having been lucky enough to be granted dedicated, supportive co-workers, I needed to figure out how they were dealing with everything. I zoned in on my supervisor, and soon I began to notice that each time she was presented with any sort of work-related issue–positive or negative, minor or major–she responded in the same way: by simply saying, “Okay.” No panicking. No flicker of stress. Just a calming affirmation that she had heard.

How could she be so calm in situations where the youth that we worked with just did not seem to care about showing up? Or completing important paperwork? Or even responding to calls? Teens who were on the cusp of aging out, who needed housing, who needed jobs, who along with us were racing against the clock to secure some sort of permanency.  It is important to note that some of the teens in our small unit did not have these tendencies–but many did.

During those first few months, if our supervision sessions spiraled into me talking through my frustration about a client’s behavior, she would listen, shrug and say, “All you can do is all you can do.” At first I was skeptical.  “Was it really as easy as that?” It seemed to work well for her. So we started there.

As time progressed, I repeated the mantra in my head whenever a stressful situation arose. I really had to work to apply it to my everyday professional life, but soon it seemed to start sticking.  I began to realize that between the hours of 9am and 5pm (or 6pm, or 6:30pm…), all I could do was try to be the best sociotherapist for these teens that I could possibly be. Then I could go home and flail on my living room carpet or stress-cuddle my cat and be as much of a mess as I wanted. 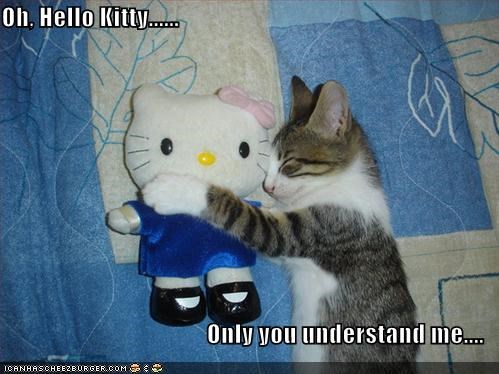 But at work, it was different. Each relationship with a client is unique–it was all about doing all I could to meet each where he or she was at. That meant listening, or talking, or not talking, or doing crossword puzzles, or watching one horrifically bloody scene from a Twilight movie (one of my teens convinced me it was worth watching–I beg to differ). It also meant using frustrating moments as teaching opportunities which went both ways. It meant reflection and conversation, goal-setting, and planning. It meant cutting some slack for both the teen and myself. Sometimes it meant shifting expectations. Sometimes it meant taking baby steps and rewarding tiny victories.

Things began to shift. For one, I was relieved. I was being more productive at work because I didn’t jump up and try to hastily problem-solve every single situation that arose right that second. I was able to take a deep breath and say, “Okay.” I was able to begin focusing my attention on appreciating positive behavior instead of becoming frustrated by negative behavior. And at the end of the day, I realized, it’s just not about me. I learned to not take things personally. The comfort that might have come with me being able to influence my clients to make every appointment, sign every paper, change every negative behavior–it just wasn’t going to happen.

Learning to let go of the desire for control over my job has been an incredibly rewarding experience, one that I was bound to learn sooner or later. I’m glad I learned it sooner. That’s both the up-side and down-side of social work–things get real, fast. I choose to consider that an up-side. I feel grateful for everything I have learned the past year and look forward to learning more and more.