“…like twelve of us are going to Ikea after training today.”

“Let me see your map of the living room.”

“I have to stop at home first, I forgot my coupon.”

“You should try to get a sponsorship from Ikea, we’re going to spend thousands of dollars there today.” 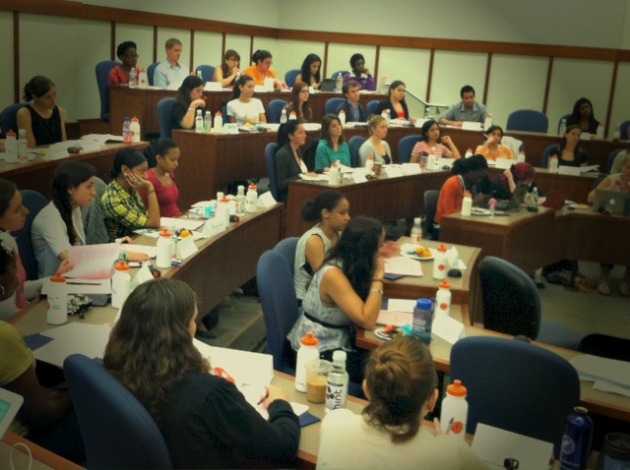 Last week concluded the third #ChildrensCorps Summer Training Academy at Columbia University’s School of Social Work.  After five weeks of note taking, lectures from some of the most influential educators and professionals in the child welfare system, role-plays, networking and knowledge-sharing the thirty-eight new members (our largest class yet!) are ready and eager to start work in the field.  Some have already begun their two year commitment as early as this past Monday.

Similar to the families they will serve, the transition will not be easy.  A number of them are acclimating to the New York City lifestyle, claiming their independence, some are starting along a brand new career path and totally changing the pace of their lives. Over the next two years many of them will be faced with some of the toughest challenges of their lives.  They will cry, think about giving up, one or two may even decide that this work is not for them- this is a reality.  What is also a reality and probably the most important reality,  is knowing that every one of them in this process has grown already, and will continue to grow.   The seed of their positive thinking will be planted at the agency they work at, and in the families they serve.

I heard a mixture of excitement and trepidation at lunch, but the air was light and happy. The room was bursting with their enthusiasm for humanity and their desire to affect positive change in the lives of children and families who benefit greatly from folks with this sort of uplifting demeanor to be a resource for them on their journey through the difficulties of life. Many of these corps members uprooted their entire lives just over a month ago to move to New York City to fulfill some inner need, desire, or calling for social justice and child welfare.

So here they are, after five weeks of unpaid training, about to furnish their new apartments, seemingly entirely at Ikea.